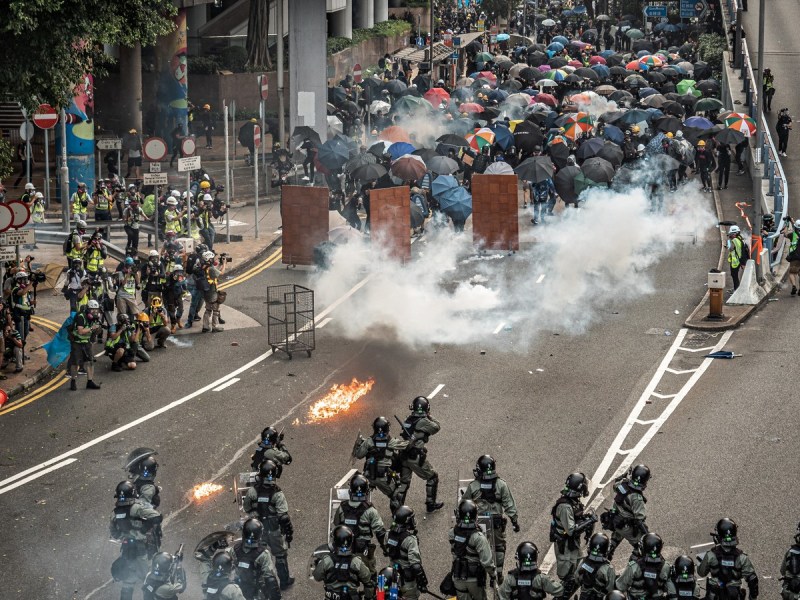 Hong Kong protests one year on: The frontliner

Ryan used to be on the front lines during Hong Kong’s pro-democracy protests. But a year on he has left the streets, fearful of arrest, wracked with guilt over his departure and despondent for the city’s future.

“I wanted to get away from the political environment,” the 20-year-old bespectacled student told AFP, adding that he has not logged on to the encrypted messaging apps used by protesters for several months now.

When AFP first met Ryan last summer he was a self-declared “charge boy”, one of the frontline protesters forming shield walls against riot police in the weekly battles that swept through a once stable finance hub chafing at Beijing’s rule.

His radicalisation was swift.

Like many Hongkongers, he joined the mass movement after witnessing police use rubber bullets and tear gas in early June against demonstrators outside the city’s legislature who were trying to stop a widely loathed bill that would have allowed extraditions to mainland China’s opaque, Communist Party-controlled courts.

Hundreds of thousands marched in record-breaking rallies that continued for seven straight months and often descended into clashes with police.

Ryan described his embrace of confrontational tactics in unapologetic terms, saying he was “burning with anger” against the police and felt years of peaceful rallies had achieve little in stopping Beijing’s steady erosion of Hong Kong’s freedoms.

During one confrontation, Ryan hobbled away from the streets after he was struck in the leg by a rubber bullet. But he kept coming back out, his parents unaware of what he was up to.

Months later the 20-year-old university freshman cuts a very different figure, saying he can “no longer be a frontline protester”.

Brush with the law

In October, Ryan was arrested on a slew of charges including participating in an illegal assembly and assaulting police.

He alleges a group of police officers slapped and kicked him during his detention. Many other protesters have made similar claims but the police have rejected all accusations of abuse or excessive force.

The charges were eventually dropped after a series of court hearings.

But the experience rattled Ryan and he felt like a marked man.

“There’s no way for me to have a catharsis… It only left me with a sense of loss. It also makes me want to give up on this movement,” he explained, asking for just his first name to be used.

Over the last year about 9,000 people have been arrested for taking part in Hong Kong’s pro-democracy protests, with more than 1,700 charged, and the courts are now jammed with prosecutions.

Many of those going to jail are youngsters like Ryan, who now often sits in the public gallery.

“I want to show encouragement and support to those who have been arrested and those who have to go through court proceedings. Because I’ve been through it myself, I understand how you really need the support and care of others,” he said.

During a recent visit to the city’s legislature Ryan’s eyes welled up as he looked at a building now surrounded in barriers after it was breached and trashed by protesters in early July.

Last week the partially elected legislature, which is weighted to deliver a pro-Beijing majority, passed a law banning insults to China’s national anthem.Embed from Getty Images

Beijing has also announced plans for a sweeping new national security law to be imposed on Hong Kong, bypassing the legislature entirely.

Ryan’s backpack sported a key-chain with a popular protest slogan: “Meet again under the drum.”

The drum is the circular chamber where the legislature sits and over the years pro-democracy protesters have held sit-ins outside.

But Ryan finds it hard to imagine a future where similar protests are allowed, especially as anti-coronavirus measures currently restrict more than eight people gathering in public.

“That’s a fairy tale,” he said. “Right now, it’s a problem even if we just want to meet on the streets. Meeting under the drum is just too good to think about but it might become something that will never happen again.”

Ryan knows some fellow protesters will judge him for leaving the movement and he struggles with guilt and doubt.

“I blame myself for selfishness and cowardice,” he said. “I turned silent after being battered. I feel apologetic from my head to my toes. But I just couldn’t do it.”

Yet he also can envisage a time when he might hit the streets once more.

“You could say the temporary drop-out is to prepare for the future.”